I did some experimenting with the InControl Unity plugin, which appears to work as advertised. What doesn’t work very reliably is Unity itself. I ran into issues of controllers being registered and not receiving input, and an issue where one controller was reported twice. So far the general solution seems to be restarting Unity. It will look bad for my game to say you have to restart it if you’re having controller issues, but right now I’m not sure what to do. Rebooting my computer after some windows updates seems to have calmed things down for now, and I’m getting 3 Xbox 360 controllers working reliably, both wired and wireless. The wireless ones however seem to crap out when they go into standby mode. Sigh. 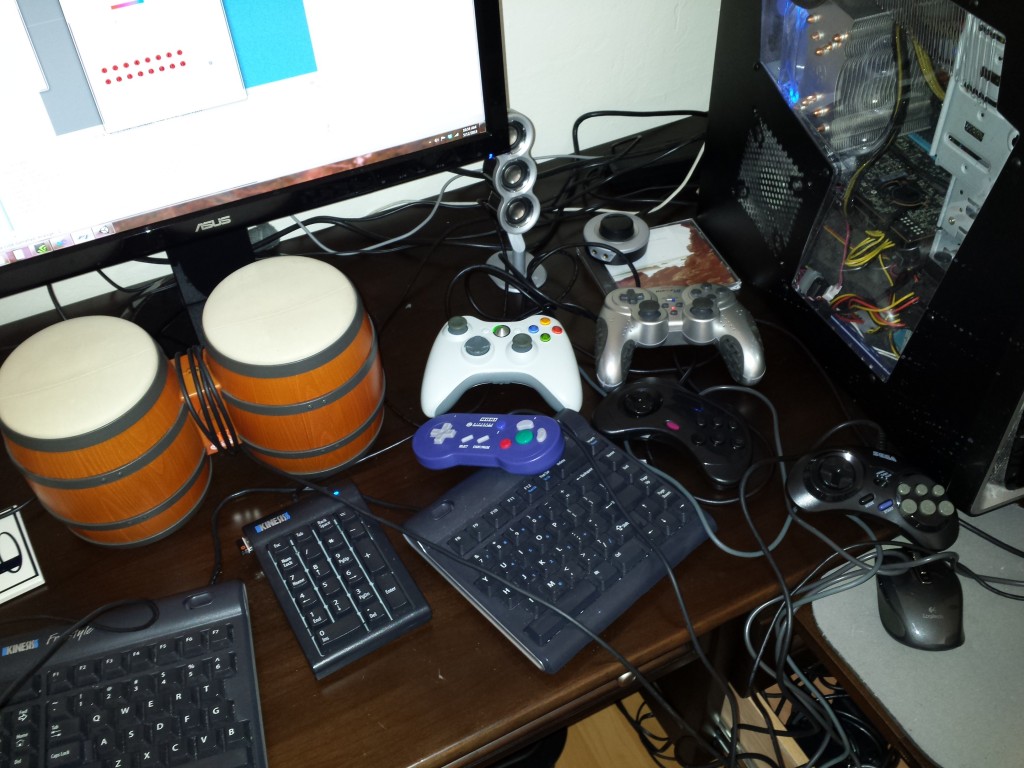 I know it’s not super exciting, but this is pretty essential stuff (except for the bongos).