It was the final day of the show, and the last chance to see everything. 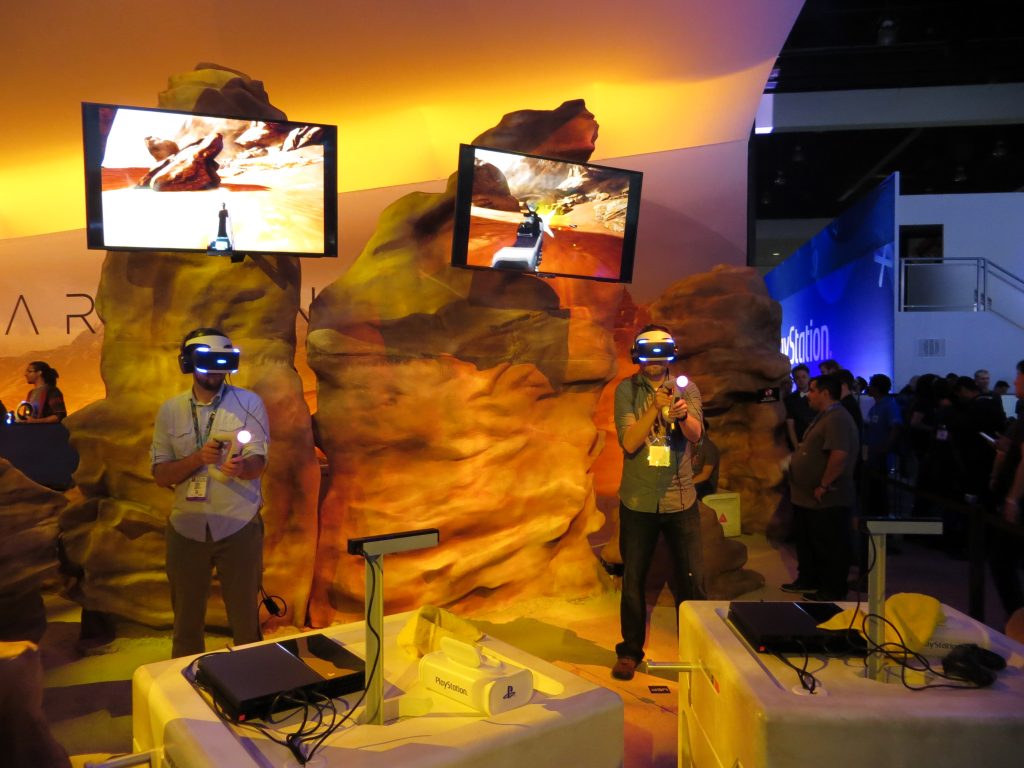 PlayStation VR: Coming to a living room near you

PlayStation 4 will be getting VR games, with the addition of PlayStation VR. These games will get a boost from the “PS4.5/NEO” hardware which is supposed to be announced later this year. This area definitely had lines, but there was also a good amount of space dedicated to PS4 games, a few of which are too strange not to mention.

Rotate the head around and it’s full of stuff.

Over lunch I chatted with a member of the ID@Xbox team to chat about what to expect for release on Xbox One. Afterwards, I ran to meet up with my buddies Rob and Anthony of Three Flip Studios as Rob had just completed playing life-size Doritos Space Invaders for a commercial shoot. He was picked at random off the street to do something “bold”, and subsequently selected to sit in a giant cheese cart and shoot at Dorito people from beyond space.

I have to take a minute to talk about the real heroes here in this commercial, the poor, poor souls in the Dorito costumes. In spite of the heat, they wore humiliating costumes and walked with dignity into the fire of a callous cheese cannoned foe.

Back at the expo hall, I got to play a bit of the new Deus Ex and I’m pleased to say the experience felt great. As a fan of the first game’s stealth gameplay that rewards exploration, and it’s combat and shooting, I was happy to find this all in tact with a very flexible cover system.

Deus Ex is a game where, if I described it to my childhood self in the past, I would have lost my little kid mind. Cybernetic enhancements, punching through walls, jumping off buildings… it all sounds too awesome to be possible. With any luck this one will live up to the very high bar set by Deus Ex: Human Revolution.

Ubisoft was showing off the newest Watch Dogs game, taking place in San Francisco. Having heard mixed things about the first one, I hadn’t actually played it. But it was interesting enough for me to preorder the PS4 with — unfortunately they delayed the release, canceling my preorder, so I never got around to playing it. This new one looks to offer even more crazy hacking opportunities. It also makes me want to go back and pick up the first one. 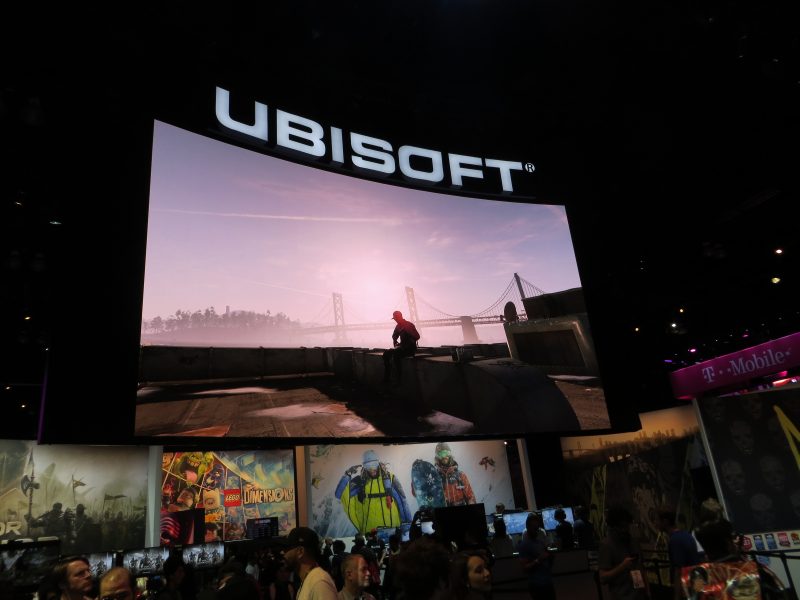 E3 might have been over, but I had another day and a half before my flight, so my before I left town, my friend took me to Neon Retro Arcade in Pasadena. This one had everything set to free play — you just had to pay by the hour and could play anything you wanted. So many arcades in SoCal!

After an hour of arcadery, I was pretty done and ready to come home. It was a fun way to spend my last bit of time in L.A. That wraps up the much belated E3 trip!