Up to my helmet in it

Home / Blog / Up to my helmet in it
ads support indie game development: 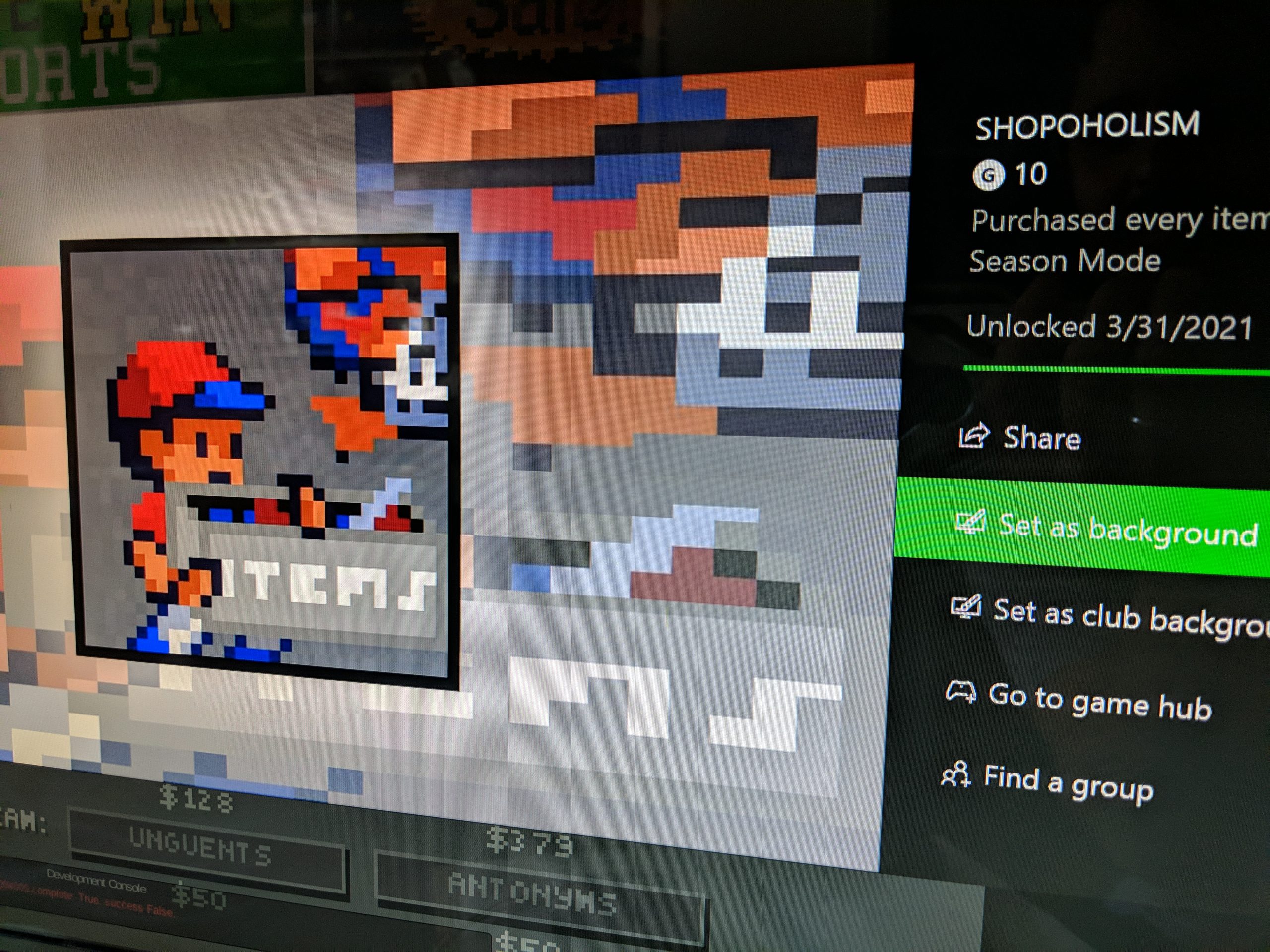 Up to my helmet in it

Testing that is! There’s been a ton of it. Between testing with volunteers (and so can you!) and playing two handed with two controllers by myself, there’s been a lot. Probably there should be more, but here we are in the land of the one eyed army or something.

I took a vacation to isolate elsewhere and ended up doing some work! But since it was my vacation and I didn’t bring my dev kit, I decided to work on some non-essential for Xbox things.

So the fix is, I calculate the center of the screen position which should have been the way to do it from the get-go.

A very excited fan has asked a few times for a mode to simply watch the computer play against itself for a full match. I had put this in the “nice to have” pile and decided I wouldn’t have enough time to get to it. Well, I had time on vacation! It’s not a full mode, in fact right now it’s a PC-only title screen cheat, but the fun part is it will pair up a random AI coach for each team! This wasn’t possible before I wrote customizations for each AI team in Season Mode, so this CPU only match has 7 AI coaches to choose from for both teams: the default AI behavior as well as all 6 custom scripts, not to mention the 6 different players! There’s a lot of combinations.

I must admit it is fun to watch and try to guess who will win! I found some enjoyment implementing this which is pretty rare in all this testing and bug fixing, so cheers “TommySpud”!

It wasn’t all work and work on my vacation, I also got some work done! There was a goofy UI issue where you’d hit a button and then the next menu would open with your cursor on the button that just appeared, it would become active, highlight itself, and… not work when you hit the button on the controller. It’s fixed.

Vacation is over and I’m oddly glad to be back home. The world is changing one vaccine at a time and SSDT needs to be couch-ready when we’ve conquered Covid concerns.

I’ve tested all 100 achievements on Xbox One!

I have since discovered a few ways you can get “robbed” of a chievo, if there’s a network issue at specific times for certain achievements. So next on my list is a “bullet proof” chievo checker. This is in place for a lot of achievements, but I need it to be 100% comprehensive!

I’ve also been fixing all the bugs. Here’s a sample:

And a few pre-emptive certification fixes! Those will soon take over all the work I’m doing, but there’s bugs left still. Back to it!